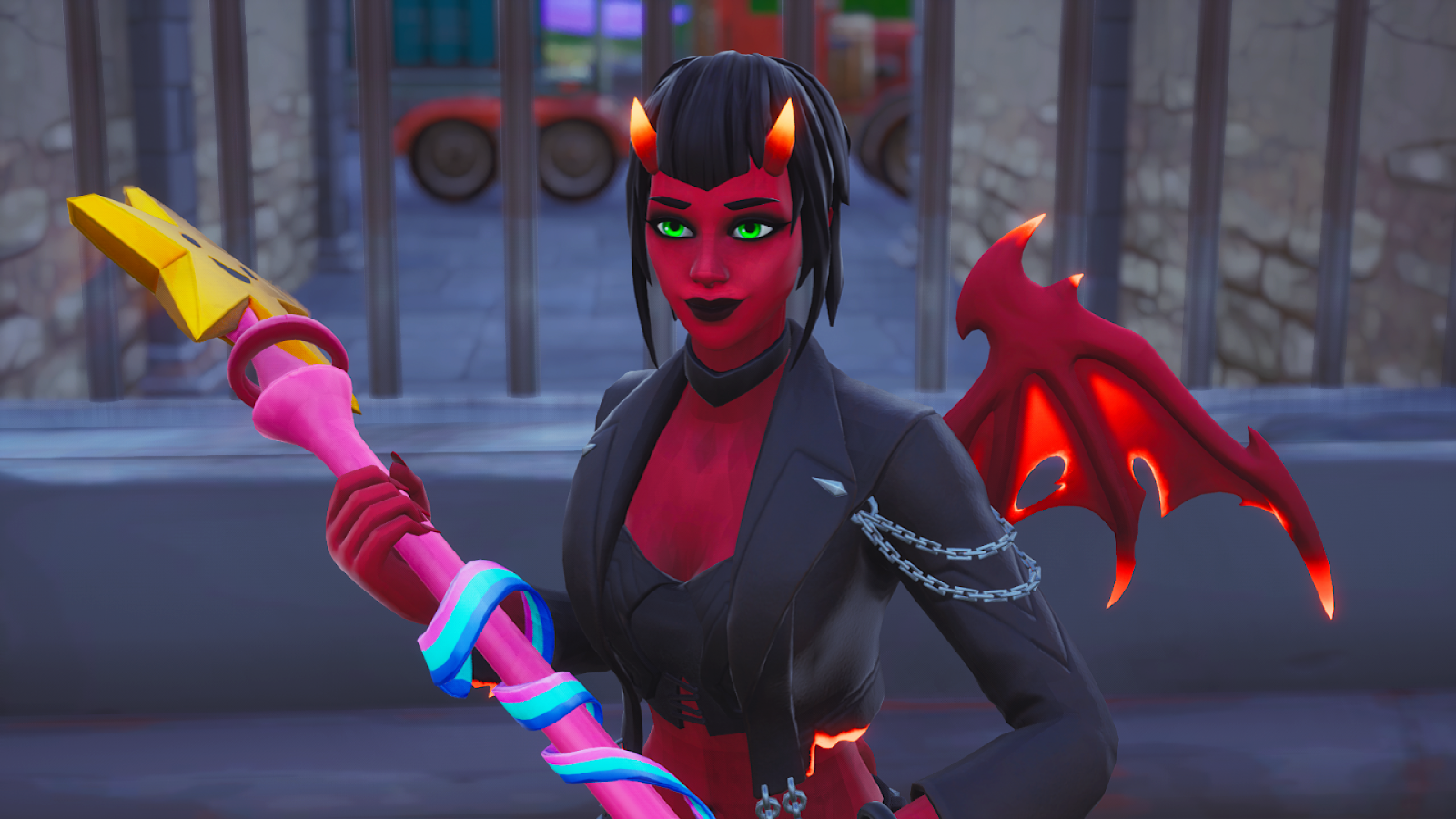 I absolutely love Fortnite and one of my favourite things about the game is the fact that you can customise your character. You can purchase harvesting tools, weapon wraps, back bling and of course skins. Over the last year of playing Fortnite, I’ve acquired a nice little collection of skins and although I do like pretty much all the skins in my locker, there are a few that stand out. After talking about my top Fortnite weapons I thought it was time to share some love for my favourite skins.
Now when it comes to purchasing skins I tend to stick towards purchasing the female versions of skins. This isn’t because I dislike male skins. I quickly snapped up the Fallen Love Ranger and was happy to part with my cash to get my hands on the Molten Battle Hound as part of the Lava Legends pack. It’s simply just because I find the female skins more appealing as they tend to be prettier and I enjoy playing as a female. So now that I’ve cleared that up, I’ll get on to talking about the four skins that I think are the prettiest in Fortnite right now.

The first of the prettiest Fortnite skins that I love is Malice. She’s a legendary skin that’ll set you back a hefty 2,000 V-Bucks. She first appeared in the item shop on the 21st March 2019 and that is when I snapped her up. As soon as I spotted her I fell in love. Malice is pretty much a female devil complete with horns and tail. She sports black leather attire consisting of a jacket with chains, short shorts, black boots and a crop top. She has the most incredible green eyes, stylish black bob and some badass black lipstick. She’s basically amazeballs. She also comes with back bling in the form of Malice Wings, however, I personally think the Molten Valkyrie Wings that you get in the Lava Legends pack suit Malice way more. 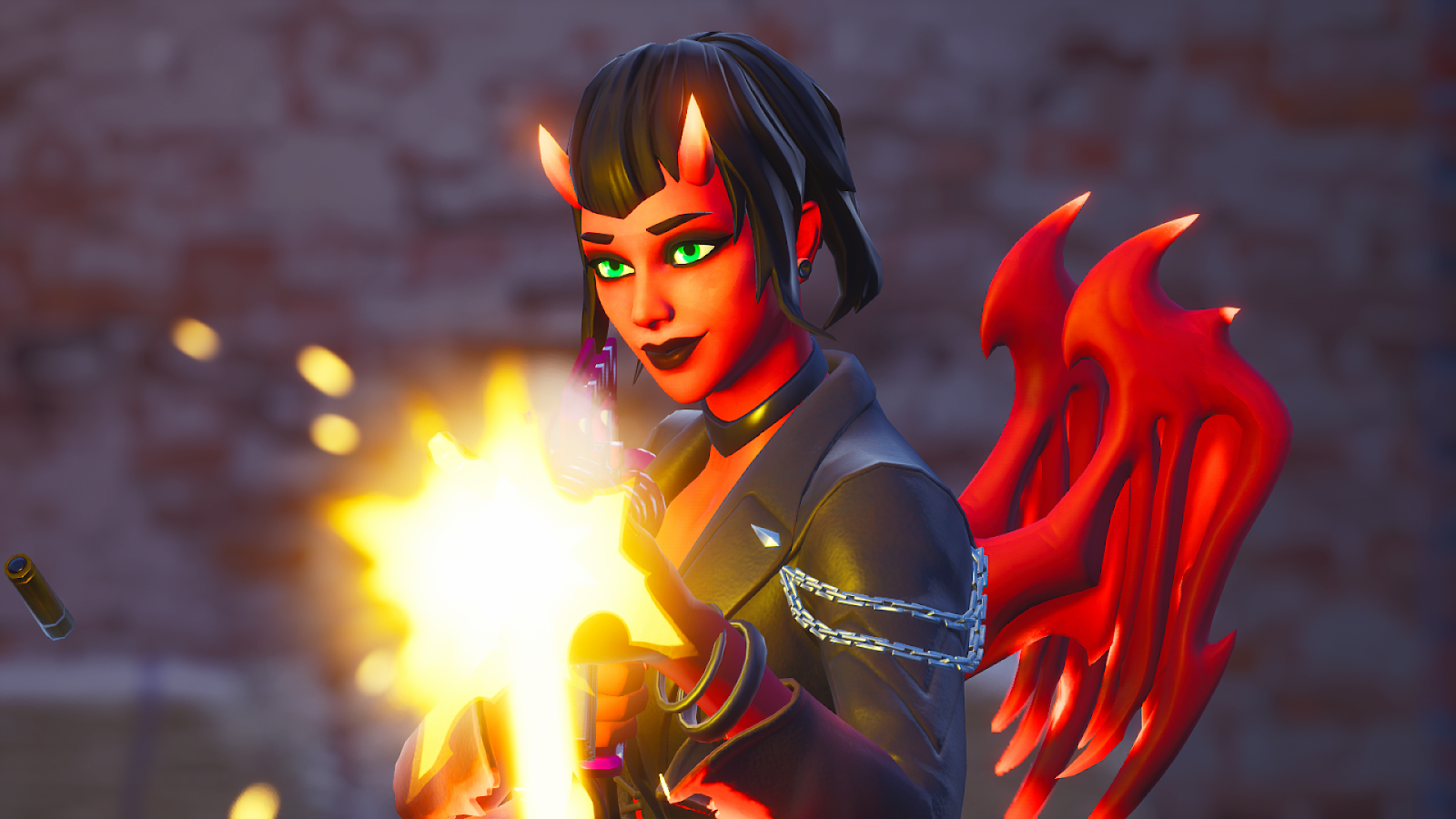 The second of the prettiest Fortnite skins that I love is Dark Bomber. She’s a rare skin coming in at 1,200 V-Bucks. She first appeared in the item shop on the 4th of October 2018 and is for sure a popular rare skin. If you’re aware of Brite Bomber, Dark Bomber is pretty much a darker version. Dark Bomber sports a purple and black suit embezzled with purple rune symbols which are associated with Kevin the cube (RIP fella!) Also on her suit is a fire breathing llama which is pretty cool.
As for Dark Bomber’s face, she has a pale lilac complexion with some funky pink eyes and lips. She’s got dark tied up hair along with sunglasses plonked on top of her head and black fingerless gloves. Oh, and she comes with Dark Bag back bling which sports the same picture as her top. It kind of reminds me of a lunch bag plus it has a little mini Kevin the cube keychain which is cool. 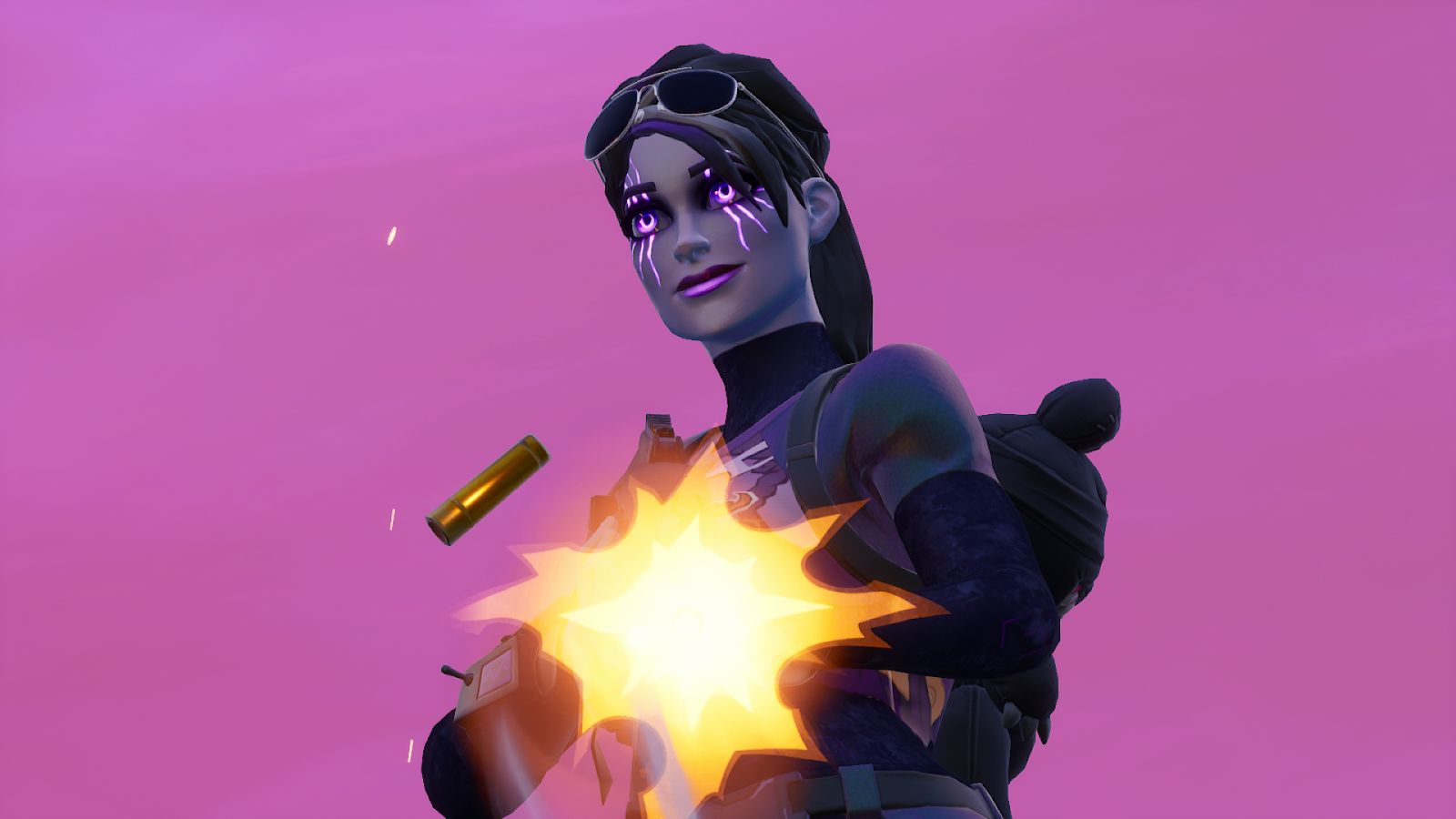 The third of the prettiest Fortnite skins in Arachne. She’s a legendary skin much like Malice and will set you back 2,000 V-Bucks. She first appeared in the item shop on the 20th of October 2018. Arachne is basically a badass spider skin who rocks a black and red leather outfit like an absolute boss. If you’re a fan of darker skins, this one is definitely for you. Arachne not only sports a cool AF outfit, but she’s also got this awesome spider eyes headwear which means her human eyes are covered and you only see her dark lipstick and the lower half of her face. She rocks this short grey hairdo and has web-like patterns on her upper arms which are super effective. Arachne also comes with the Long Legs back bling which is pretty much a spider and only adds to the skin’s amazingness. 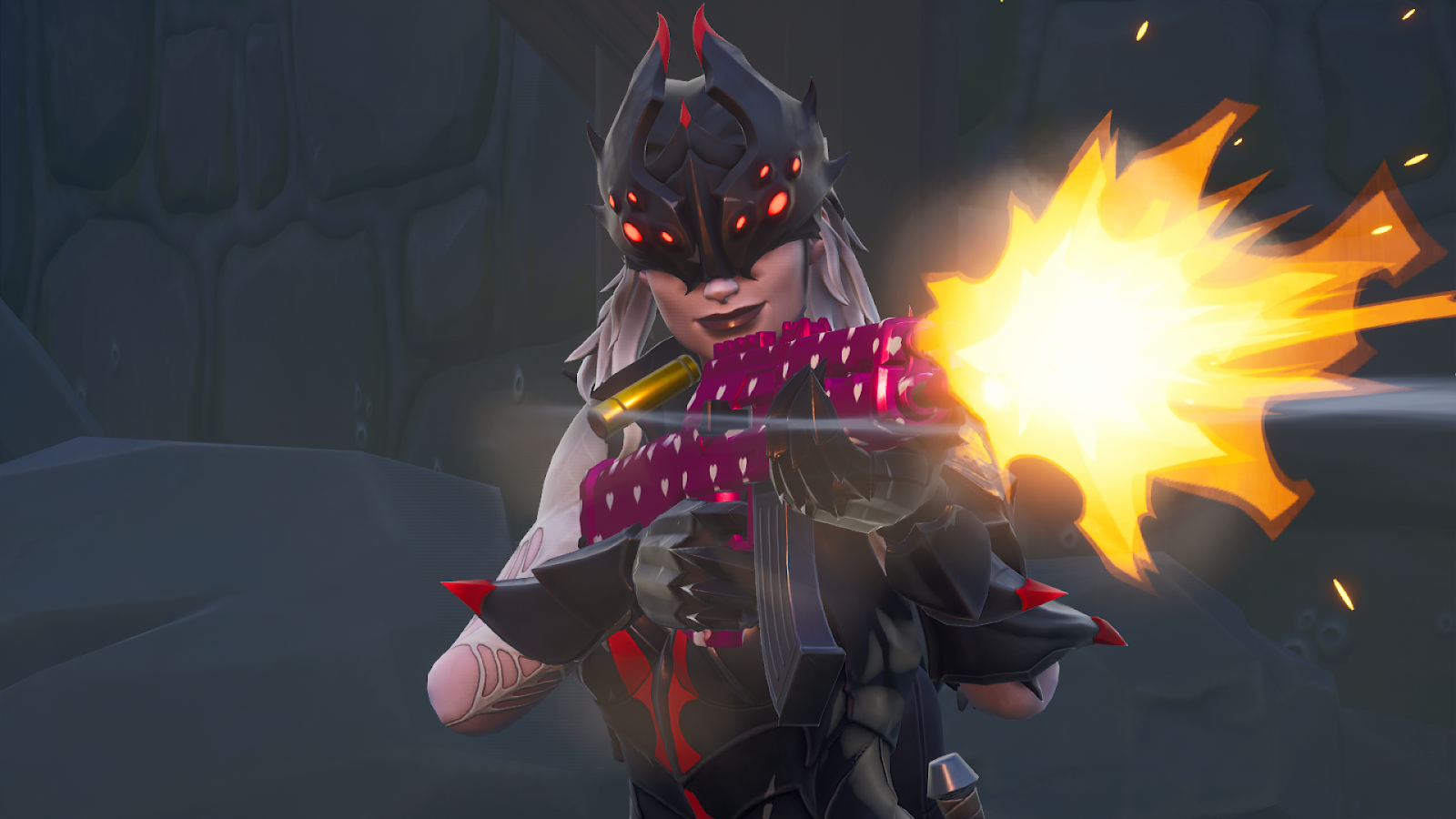 The fourth and final of the prettiest Fortnite skins is Lace. She’s an epic skin so will set you back 1,500 V-Bucks. Lace first appeared in the item shop back on the 12th January 2019. This is when I decided to add her to my skin collection. Lace is basically an anime style girl who sports Kabuki-style makeup. She has a striking white face, pink lipstick and some cool winged eyeliner. She’s also wearing some round Harry Potter style glasses.
Lace has the most amazing pink and purple pigtails, a huge black hair bow, a single lace glove and a fantastic black, pink and grey outfit. Her long sleeved top bears the mark of a dragon in a figure of 8 and her skirt has a black floral pattern with a hot pink trim. She also wears two different thigh high socks and some really amazing chunky black boots. Lace also comes with the Stitches back blink which is a one-eyed black and pink teddy bear. This is by far my favourite back bling and I pretty much wear it 90% of the time when playing. So there you have it, four of the prettiest Fortnite skins. I can’t wait to see what Epic have up their sleeve and live in hope that even prettier skins are released in the near future as I’d love to add more into my collection. That being said I think my bank balance has other hopes!
What’s your favourite Fortnite skin?

I'm Shannon, a 28-year-old from the North East of England. I am a film & TV lover, listener of music, gamer, cheese fanatic, craft enthusiast and queen of GIFs. I enjoy having a good laugh & trying to better myself. Welcome to my little corner of the internet, I hope you like it here.